Mod Design and Discussion
Moderated by Sebastien, John the Late 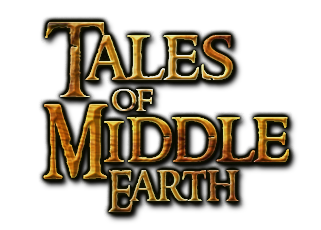 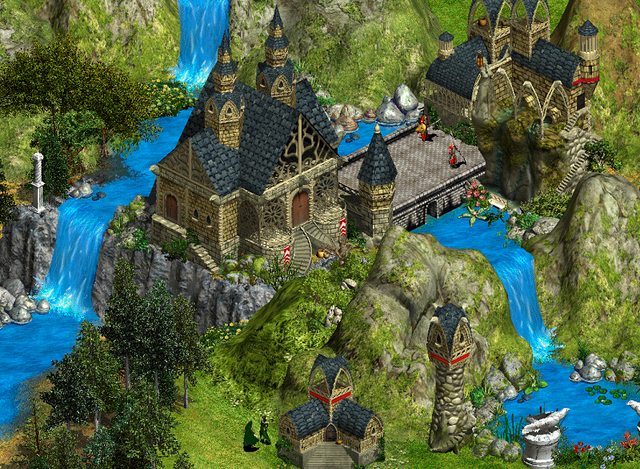 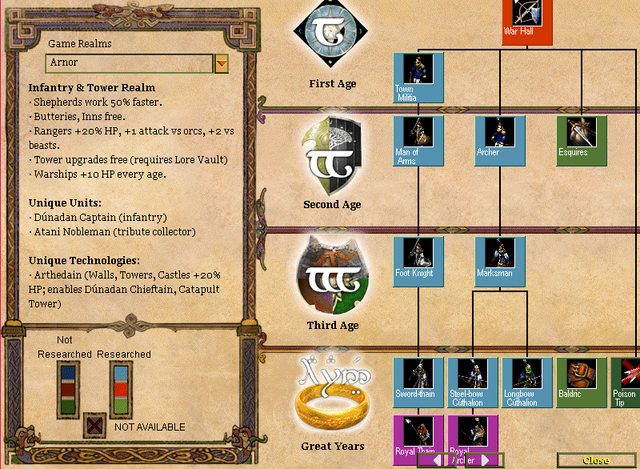 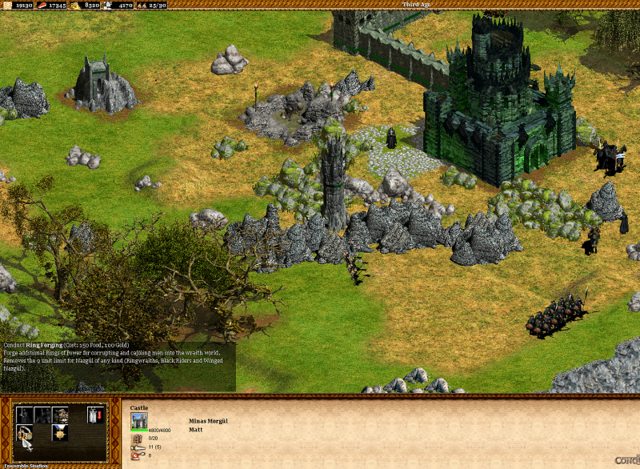 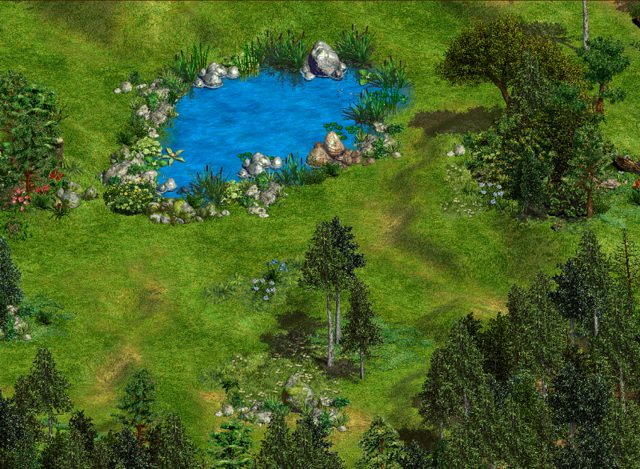 • Choose from one of 18 unique factions.
- Guide the wise and fair elves - Lindon, Rivendell, Mirkwood, Eregion, and Lothlorien.
- Fall under the sway of the Shadow with Angmar, Mordor, Isengard, Dol Guldur, or Minas Morgul.
- Place your hope in the Men of the West with Arnor, Gondor, and fabled Numenor of old.
- Ride with the Native Men of Rohan, Rhovanion, Harad, Umbar, or Rhun.

• Research countless new technologies and decide the path of your race with faction choices.

• Enjoy the rich world of Middle Earth as presented by one of the largest modifications ever produced for Age of Empires II.

• Create that LOTR campaign you always had in mind or play online against a friend!

The current version of Tales of Middle Earth is fully playable. Later versions will improve balance, eliminate bugs, and possibly implement some final features. If you would like to report a bug or suggest changes, please leave a comment below or add a bug report to the github page.

NOTE: As Tales of Middle Earth is currently in a pre-release version, we ask that you bear with any discovered bugs or imbalanced stats for units or technologies. Please report any issues, and we will work hard on solutions.

The road goes ever on and on...

posted 02-25-14 09:05 PM CT (US)     2768 / 3940
It's amazing what you guys have done with the terrains, too. I can tell obviously that the grass/dirt/moor terrain outside the walls is all one terrain save for a few splotches here and there, but it looks wonderful all the same. One of the nice perks of modding is that it eliminates the need for all that bothersome excessive terrain mixing!
~ Forgotten Empires ~

What image host does everyone prefer?

I was using ImageShack but I don't want to pay so I switched to Photobucket.

And man, that screenshot is incredible!

One of the nice perks of modding is that it eliminates the need for all that bothersome excessive terrain mixing!

This is my favourite thing about ToME when I do screenshots. The design process as a whole is way faster. Terrains don't need nearly as much mixing to look interesting, buildings blend together better for easier city designs, there are more varieties of objects which means you don't have to worry about duplicates or 'making do'.

Of course, this is all sort of balanced out by the fact that there are a fair few bugs yet to be ironed out which cause occasional crashes.

Getting close to four years now, which is just sad.

The page with the download states that one shouldn't have any other mods installed. Will it interfere with the other mods or vice versa?

Short explanation: Only one mod can be installed at a time

Long explanation:
When aok was designed there was no plan for it to accommodate mods. So rather than the game being modded by just adding stuff you have to completely overwrite the game's data files. So you can only use one mod at a time. Userpatch works around this by giving each mod a unique folder for it's data files, but until the next update Tales of Middle Earth isn't fully compatible with userpatch
<insert creative phrase here>

Alright, then. So, I suppose Tales of Middle Earth shall have to wait (at lease for me).

You wont have to wait. I have multiple mod packs installed. Just make a back-up of your whole Age of Empires 2 folder, then make multiple copies and put each of your mods in a separate folder. Then make a shortcut of the age2_x1.exe onto your desktop and run whatever mod you want to play, from your desktop.
......▄▄██▌█
▄▄▄▌▐██▌█
███████▌█▄▄▄▄▄▄▄▄▄▄▄▄ )¬,|Ż (¬ /-\ |\| |/¬ |\| | (¬ |-| --|--
▀(@)▀▀▀▀▀▀▀(@)(@)▀▀▀▀▀▀ You're gonna eat lightnin'and you're gonna crap thunder. - Mickey Goldmill from Rockey II

My suggestion is just do a bit of swapping. I play AoCH most of the time, and when my brother wants to play, I swap it out, swap ToME in, and I'm ready to go in under five minutes.

If the mod doesn't come with an installer exe or uninstaller, then it might not be as practical to do this.

I actually have run the two simultaneuosly. For weeks my AoCH monks looked like Middle Earth banner bearers and I was pretty frustrated cause once I hit the population cap, I tend to mass convert the enemy's units till his resources are low and its my way oversized army versus the half-a-dozen more soldiers the enemy can afford. Thus, with banner bearers, I could no longer convert. So what you can learn is, even if mixing works, the results aren't always what you want, and sometimes what you don't.
Religion: Man going to God<<<<>>>>Christ: God coming to man
Marx: What's yours is mine<<<<>>>>Christ: What's mine is yours

And this way, my AoCH monks won't look like ToME bannerbearers anymore?
Religion: Man going to God<<<<>>>>Christ: God coming to man
Marx: What's yours is mine<<<<>>>>Christ: What's mine is yours


And the next photo will be of the Mordor? Please! It's the one of the civs i'm waiting to see

posted 03-16-14 10:45 PM CT (US)     2789 / 3940
For those of you who have been asking for single player scenarios or campaigns, good news! Hockeysam18 has agreed to join the effort and lend his scenario designing skills to TOME. The mod will now hopefully come with preinstalled campaigns or scenarios.

This doesn't of course preclude the possibility me or pulkit might design something as well, but with both of us so busy I thought it would be a good idea to bring on someone who could focus on SD specifically.

If you ever cross swords with me, that aspiration will be crushed under my legions of Roherrim. *lol*
Religion: Man going to God<<<<>>>>Christ: God coming to man
Marx: What's yours is mine<<<<>>>>Christ: What's mine is yours

, and of course i will play the campaigns coming to the final version.

You have campaigns in mind to done? Please say

posted 03-18-14 08:17 PM CT (US)     2794 / 3940
Have varius minor graphics glitches been fixed?
Such as, but not limited to: I was just playing a game as Rohan and I had towers and walls but my towers appeared to be built into my walls even though gridwise, they were behind the wall. And also, the gates don't automatically switch to a north-south alignment on a north-south wall.
Religion: Man going to God<<<<>>>>Christ: God coming to man
Marx: What's yours is mine<<<<>>>>Christ: What's mine is yours

As for scenarios, it might be ideal to have four, one with Men of the west (a gondor scenario or an arnor scenario perhaps), an Elvis scenario (perhaps set in the second age as there is more for them to do there), a native men scenario (could focus on Rohan, the events in laketown during the hobbit, or even focus on Rhun or Harad), and one shadow scenario (Mordor likely, but Angmar could be a lot of fun).

Realistically though, anything more than zero would be a good number to release this with.

posted 03-19-14 06:10 AM CT (US)     2797 / 3940
Thanks, I do plan on doing that. I've done it once before, several years back when Luke and I were exploring that stuff. But there are definitely going to be some questions I will need to ask you about!
"And Matt is a prolific lurker, watching over the forum from afar in silence, like Batman. He's the president TC needs, and possibly also the one it deserves." - trebuchet king

posted 03-19-14 06:11 PM CT (US)     2798 / 3940
@SirRobertBruce Ill be happy to. However, you will have to deal with my thundering hordes of Easterling horse-archers peppering you with arrows and then retreating before they can be hurt. I tend to use the tactics of the greatest millitary genius ever, Genghis Khan himself.


(One thing: Due a campaign of something of the book Silmarilion it's a good idea