Smackdown Tournament
Posted by Adder on November 29th, 2004 @ 11:42 p.m.
MFO is hosting a Merry Smackdown Tournament! The rules are pretty standard AOK: TC. Playing as the Huns is not allowed though so we’ll probably see a bit of civilization variation in the gameplay. Sign ups close on December 13th and the tournament begins on December 18th.

Head on over and sign up before it’s too late!

Michi League Update
Posted by Adder on November 28th, 2004 @ 5:26 a.m.
The Michi League over at the RTS-League has a new staffer! McL_Ironyyy will be helping out OLV_Preacher with the Michi League.

In other Michi League news, one of the clans, CavX, has been kicked from the League because they were not scheduling their games. You can expect a rankings update soon.

AoC DM Season 8 Starts Monday
Posted by Aro on November 27th, 2004 @ 7:08 a.m.
As announced by KoTR_Chefkoch, the RTS League’s 8th Death Match Season starts next monday, and the first round will end on the following Sunday.

Civs You’d Like to See?
Posted by Aro on November 26th, 2004 @ 6:06 a.m.
TheGoodEvil asked in our AoE III Forum “What are the top 14 Civs you’d like to see in AoE3?” TGE’s mod team is making a total conversion mod for Rise of Nations, and would like the mod to appeal to both RoN and AoK players.

Have a civ you truly think deserves to be in the game? Feel free to list your own favorite civs. 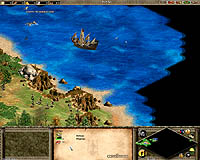 Thanksgiving isn’t just an American tradition. The roots of thanksgiving stem from the universal human need to express gratitude through celebrations practiced throughout the world, and through the ages. Even in prehistoric times, the Native Americans observed many ceremonies to express gratitude for life itself. A Seneca ritual, for example, states, “Our Creator…Shall continue to dwell above the sky, and this is where those on the earth will end their thanksgiving.”

In modern Brazil a special public day of thanksgiving and has been designated for the fourth Thursday of November every year since 1949. Of course Canada also has it’s own national thanksgiving holiday. The Roman celebration of Cerelia, a harvest festival, was dedicated to Ceres their goddess of corn (from which the word cereal comes). It was also an autumnal festival that included music, parades, games and sports and a thanksgiving feast. The ancient Greeks worshipped Demeter as their goddess of all grains. Each autumn the festival of Thesmosphoria was held to honor the goddess. For over 3000 years Jewish families have been celebrating an autumnal harvest festival called Sukkoth. Sukkoth begins on the 15th day of the Hebrew month of Tishri in the fall. A celebration of a spring-time harvest festival by the ancient Egyptians was dedicated to Min, their god of vegetation and fertility. Spring being the harvest season of the Egyptian’s festival. The festival featured a parade in which the Pharaoh took part. The ancient Chinese celebrated their harvest festival, Chung Ch’ui, with the full moon that fell on the 15th day of the 8th month. This day was considered the birthday of the moon and special “moon cakes”, round and yellow like the moon, would be baked.

Some experts think that roast turkey adorned the first Colonial American Thanksgiving dinner the Pilgrims had in 1621. Others credit the settlers of Virginia’s Jamestown with celebrating the first Thanksgiving as their version of England’s ancient Harvest Home Festival. The Turkey is native to Northern Mexico and the Eastern United States. Turkey is also a Gaia food resource in our game Age of Kings – The Conquerors as a compliment to the Aztec and Mayan civilizations. Turkey, was one of the first animals in the Americas to be domesticated by the Aztecs. Appreciation for the turkey was also evident in the Mayan culture where the bird was used in sacred ceremonies, and the turkey was a celebrated food in the Americas long before the first explorers from Europe set foot there.

In the spirit of thanksgiving celebrations found throughout the world and through the ages, the Staff at Age of Kings Heaven wish you and yours a Happy Thanksgiving!

Adapted from these sources:
– Thanksgiving Square
– The Wild Turkey Zone
– The Holiday Spot

A New ES Game Soon?
Posted by Aro on November 25th, 2004 @ 5:19 a.m.
According to the Ensemble Studios website, “The wait is almost over.” What could that mean? While we could hope for them announcing another patch or Expansion for AoK, the chances of that are low. However, Age of Empires III is a very likely candidate for the next game in their series, especially since they have plenty of ideas to work with.

I’ll be sure to check their site daily so I don’t miss anything.

Random Map Playoffs
Posted by Adder on November 23rd, 2004 @ 0:05 a.m.
The Random Map League playoffs over at the RTS-League have started. The first round looks something like this:

Good luck everyone! May the best clan win!

Final Fair Play Standings
Posted by Adder on November 22nd, 2004 @ 11:59 p.m.
Over at the RTS League the final fair play standings for season eleven of the AOK: TC Random Map League have been released. Overall the clans did great with an average score of 7.16. That’s an average of 60 clans so the number is pretty impressive. Here’s a look at the top 5:

Deathmatch Season Finished
Posted by Adder on November 17th, 2004 @ 11:36 p.m.
The AOK: TC Deathmath season over at the RTS-League has been completed. The KCC clan finished in a tie for first with SpN after refusing their two bonus points. This was KCC’s last season in the league so great job to them! The final standings were:

Nice job, everyone! I hope you all had a great season! 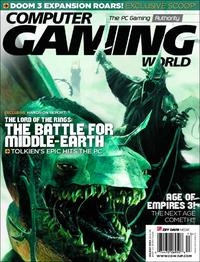 It seems rumors of an Age of Empires III have been confirmed. A very reputable source, Computer Gaming World, has published information regarding AOE III in their holiday issue. According to CGW, AOE III will be announced quite soon and will be released before in end of 2005. Great news for all of us Age fans!

I’m sure this piece of news will spark some interesting discussion in the AOE III Discussion forum. Head on over and check the forum out!

Thanks to Socvazius over at AOMH for the news and the image.

Michi League News
Posted by Adder on November 13th, 2004 @ 6:23 a.m.
The first round of the RTS-League Michi tournament has started. Here’s a look at the clans involved:


Head on over to the AoC Michi section of the RTS-League for more information!

Gaia Units
Posted by Adder on November 7th, 2004 @ 4:15 p.m.
A question by VIP, Gordon Farrell has sparked some great discussion on the properties of Gaia Units and their uses in scenarios. If you’re at all interested I advise checking out the thread and learning something or telling about some odd gaia property you’ve discovered.

Here’s the thread in our scenario design forum.

Age of Democracy
Posted by Anastasia on November 2nd, 2004 @ 4:57 p.m.
It’s Election Day in the United States, and it seems everywhere I turn there is yet another reference to it. So, in my infinite wisdom I thought, ‘why not complete the experience by making reference to it here in the AOKH news?’ In any event, the political polls cannot predict the outcome for the American Presidential race, and there has been a huge campaign, not for any particular candidate, but to encourage more citizens to vote. With the election being of interest to so many, I guess it was inevitable, that topics would emerge in our Town’s Crier forum titled, AoKH Mock Election, by King Bob VI, and The AoK Election, by trebuchet king. Please, any irony in regard to the topic creators’ cognomens is not worth mentioning! Anyway, for some election day fun check out The AoK Election, and AoKH Mock Election. Mock the Vote!

This message has not been paid for, or approved.