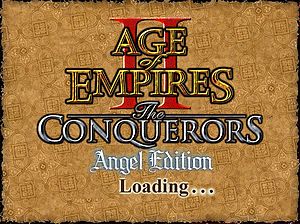 The new Angel Edition comes complete with Scenario Design Tavern and ‘Angel Anastasia’ unit, and now that I have your attention I’ll explain the real significance of Dave_Earl‘s latest scenario design creation. The so called Angel Edition is just a demo campaign given to demonstrate aspects of Dave’s new “Install Script Tutorial” Now, don’t let the unimpressive title fool you, because this is bigger than just killing off a character of a forum moderator in a scenario, as Dave’s tutorial has the potential to improve Scenario Design for all time! I’ll explain… 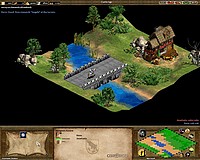 In the recent past, and even in the early years of the Age of Kings game, the programmers of our community have made many game enhancing tools and editors. Perhaps the most notable of these programs are MPS (Mod Pack Studio), GeniEd1 and 2, and AoKTS (Age of Kings Trigger Studio), that all work to enhance aspects of the game. However, with each new development there remained problems with file sharing for the average player, that seemed to limit their use to only the hardcore enthusiast. Subsequently, scenario designers shied away from modding, and using Mods, and visa versa. 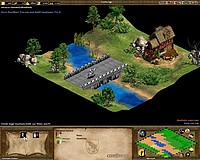 This is where Dave_Earl and his Install Script Tutorial picks up, as it instructs the reader on how to create a program to install and uninstall all game modifications a designer enthusiast might want to share. It’s actually an old idea, and a few projects at the Blacksmith have this unique feature already. What’s new is that the comprehensive tutorial gives step by step instructions on how to achieve the feature. – And this will help designers to include the many game modifications that can be achieved through the various editing programs and techniques, yet offer seamless installation and un-installation of the changes — restoring the game to it’s original state with one clicking of an icon! Interested? Then check out the three part, AOKH exclusive tutorial, complete with the Angel Edition – Making Angels demo campaign in the Scenario Design Forum!